Using instruments from the SOAR telescope to the Chandra X-ray Telescope and some of most powerful computers on the planet, astronomers at Michigan State pursue a broad range of cutting-edge topics.

View our recent (since 2014) astronomy publications on the SAO/NASA Astrophysics Data System. 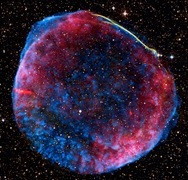 Astronomers at MSU use observations at wavelengths from radio to γ-ray along with theoretical simulations to study neutron stars and black holes in binaries (Brown, Chomiuk, Schatz, Strader, Zepf) and stellar explosions (Brown, Chomiuk, Couch, Kerzendorf). There is a strong focus on nuclear astrophysics at Michigan State: MSU is the lead institution of the Joint Institute for Nuclear Astrophysics (JINA) and the site of the Facility for Rare Isotope Beams; MSU astronomers collaborate extensively with nuclear experimentalists and theorists to study the origin of the elements and the properties of superdense matter.

MSU astronomers use facilities such as the Hubble Space Telescope and the Chandra X-ray Observatory to study how the abundance patterns among stars reflect the chemical evolution of the Milky Way, how extragalactic globular clusters traces the history of star formation in other galaxies (Strader, Zepf), and the impact of supernovae and supermassive black holes on the evolution of the brightest galaxies in galaxy clusters (Donahue, O'Shea, Voit). Research into cosmology at MSU includes studies of galaxy clusters that probe how the evolution of the cluster population reflects the properties of dark matter and dark energy (Donahue, Voit, Whitehorn), investigations of the universe's first stars (O'Shea), and studies of the Cosmic Microwave Background (Whitehorn). 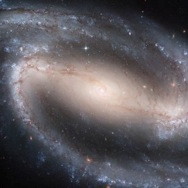 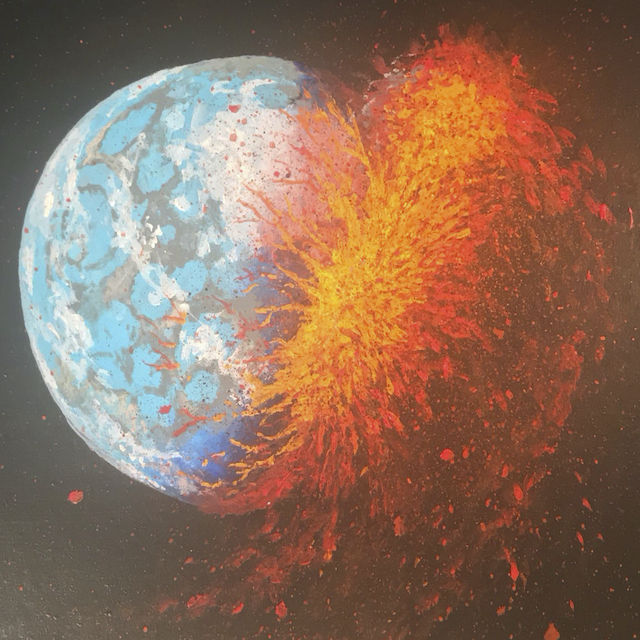 Painting, by Dr. William Hartmann, of a giant impact on an early Earth.

Astronomers at MSU use state-of-the-art observational surveys, such as the Transiting Exoplanet Survey Satellite (TESS), the Kilodegree Extremely Little Telescope (KELT) survey, and the MINERVA observatory, along with ground-based photometry and spectroscopy, to discover and characterize exoplanetary systems (Rodriguez). Additionally, the MSU Exoplanet group is interested in understanding the beginning stages of planet formation by analyzing eclipses of young stars by their protoplanetary disks. This research overlaps with several members of the Department of Earth and Environmental Sciences, who study the planets, moons, asteroids, and comets of the Solar System as well as exoplanetary systems with computational tools from celestial mechanics, geophysics, and geochemistry (Jacobson).

MSU astronomers use state-of-the-art codes such as Enzo and Flash on machines from local clusters to the Blue Waters supercomputer to simulate diverse phenomena from the birth of the first stars to the fiery death of massive stars. Professors Brown, Couch, O'Shea, and Kerzendorf have joint appointments with the Department of Computational Mathematics, Science, and Engineering, an interdisciplinary department that brings together research in algorithm development, high performance computing, and applications to modeling and data science. 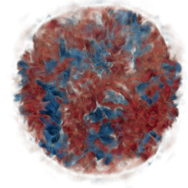 Visualization from a simulation of a massive star just prior to collapse and explosion as a supernova. Credit: S. Couch, MSU. 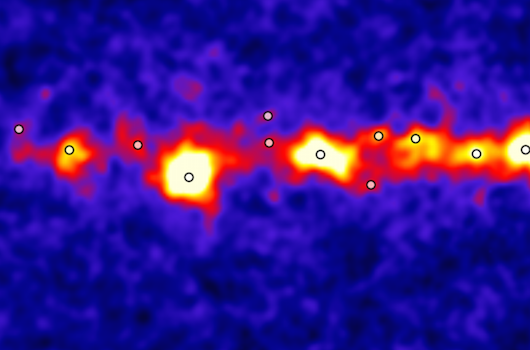 Image of the gamma-ray sky, courtesy the HAWC facility.

In addition to the astronomy group, several members of the broader physics community at MSU study particle and neutrino astrophysics: MSU is a member of the High Altitude Water Cherenkov Experiment (Linnemann, Tollefson), the IceCube South Pole Neutrino Observatory (DeYoung, Whitehorn), and the T2K experiment (Mahn).