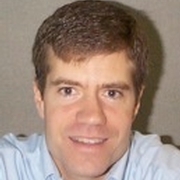 I am currently Professor and Chair of the Department of Physics & Astronomy at Michigan State University. I am on the Board of Directors for the SOAR Telescope, and was recently on the National Academy Panel on the Galactic Neighborhood as part of the 2010 Decadal Survey for US Astronomy and Astrophysics. I was also a director of the Center for the Study of Cosmic Evolution at Michigan State for the previous five years, and had the pleasure of co-chairing a program on globular clusters from Jan-Apr 2009 at the Kavli Institute for Theoretical Physics in Santa Barbara. Before coming to MSU, I was at Yale University for four years as Asst. Professor and Director of Graduate Studies in the Astronomy Dept. Earlier, I was a Hubble Fellow at UC Berkeley and a postdoctoral fellow at Durham in the UK. I received my PhD at Johns Hopkins University.

My research is primarily in extragalactic astronomy, with a long-standing focus on the formation and evolution of galaxies. Much of my work in this area uses the properties of globular cluster systems of galaxies to test models of galaxy formation and evolution. I have recently also been working on black holes and neutron stars in extragalactic globular clusters.